Introducing the October installment in the Broadway Musical series… 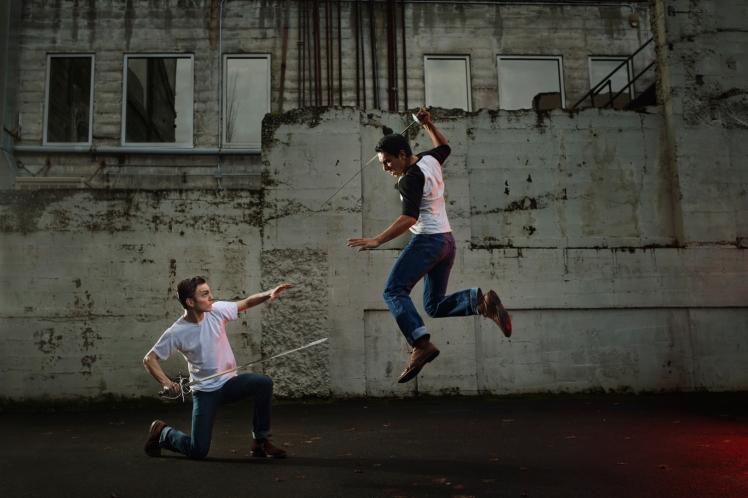 The young, cocky leaders of their gangs, the Jets and the Sharks, Riff and Bernardo’s characters seemed like a challenging pair to even the gender odds in this project. Just in case this was starting to look like a collection of princesses and “pretty” fairytale-like scenes, I wanted to make sure to stay true to my goal to show a large variety of styles and subjects. Hence a “fight scene”. Watching West Side Story as a little girl, I remember thinking what a dark and depressing musical it was. Besides the rousing number sung by the Puerto Rican girls on the rooftop, and young Tony and Maria singing their hearts out in “Tonight”, the rest seemed so filled with anger and hate from two groups of teenagers that hardly knew or understood each other. It’s a tale as old as time and is based on Shakespeare’s “Romeo and Juliet”. Innocence and love in the midst of prejudice and hate. I wanted to pay homage to the “original” story in some way and echo the elizabethan roots… hence the swords instead of what would have been switchblades in the 50s. 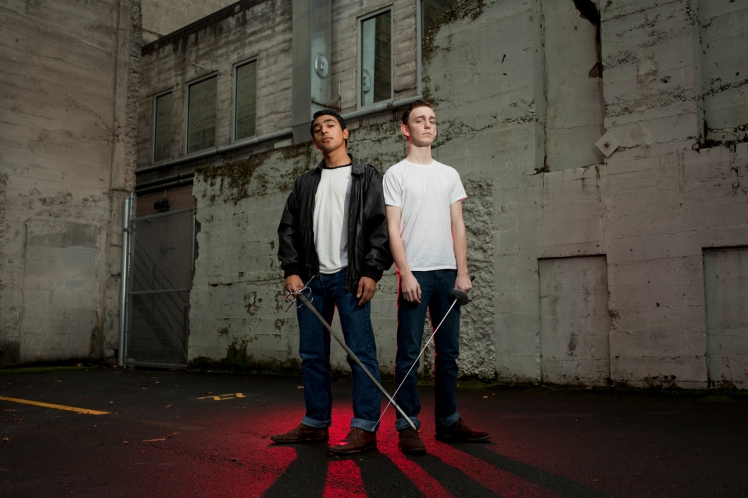 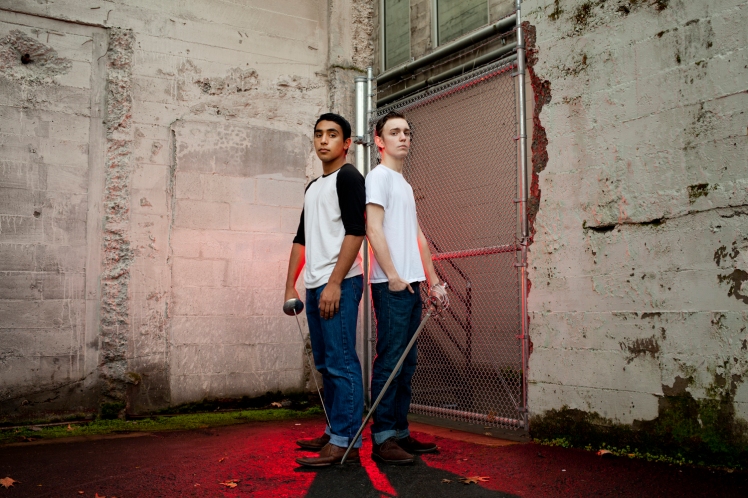 Evan and Isaiah were AMAZING for this project! They were both so willing and eager when I messaged them out of the blue with what could totally sound like a super weird request from a stranger. “Would you model as a gang leader for me?” Behind the scenes (for example: when they weren’t pretending to kill each other) they were laughing, joking, and talking about their favorite movies. Awesome. Guys, thank you for doing a phenomenal job and for being so willing to help me out with this project. You were perfect!!

Thank you to Cassi for the perfect 50s “do-s”. You never cease to amaze me! And a huge thank you to Roland Kuenzi for letting us borrow his swords. I feel cooler just for knowing a friend who owns two giant weapons. We were only a little nervous that we were going to be arrested. Just a little. Thank you so much Caleb for coming along to help, being so patient with me (always) and for running all over town to find me red cellophane. You are the best husband EVER. And thank you to Tara Aman for being my “inside girl” and helping me find the perfect models. I could not have done this without you!